Best Units To Have In Roblox Anime Adventures Update 7

Update 7 for Anime Adventures has just dropped. Here's our list for the best units to have in the game given the meta.

Anime Adventures is a Gacha unit-based Roblox game. You have to collect heroes through wishes, and then they are added to your arsenal. Each hero has a different damage type, damage values, cooldowns, and effective ranges.

You teleport into other worlds and protect your base from enemy waves that follow a path, you have to set your heroes around that path so that they can intercept and kill them. The waves progressively get more difficult. After a certain amount of waves, a boss appears, and after defeating them, you finish that level.

For DPS and damage dealing, we have the following characters:

The first hero is Dark Asto, an evolved form of Asto but is one of the most broken and meta forms in update 7. Dark Asto has a ton of damage and DPS which he utilizes very well. As he is a physical type, he will do very well in the new Legends stage one, which is physical. His Damage is 62k, his DPS is 8,973, and his ability’s cooldown is 7 seconds. With relics, he is even more powerful, and some supporting units are surely gonna boost him even further.

Brook’s Soul King has a passive at upgrade 7 where he gets an ability called Soul King where he Buffs his allies’ range by 10 and or damage by 15 for 10 seconds on each attack. As mentioned, he is a limited character and is only available in the Halloween orbs currently.

Gojo is one of the top characters and is very versatile, but he is a magic type. You have to gather the 6 of his eye that you can grind through the infinite jujutsu kaisen level to find. With 6 eyes Gojo is extremely strong and powerful, and with his ability, you can do a global freeze for 8 seconds while you deal damage.

As he is a magic damage type, he will be handy in the Legendary stage 2 for update 7 as that stage is a magic type. His damage at max level is 48k, his DPS is 8k, and his ability cool down is 60 seconds. Overall, Gojo is a good character to have in your arsenal, and make sure to look for him.

Lucky is another recent character from Black Clover and is a very good DPS character that mows down his enemies. He is also an infinite character, which means you can put an unlimited amount of this character down to deal damage. Lucky has a passive ability that increases his damage from 5% up to 25%, but this passive is only active when he is engaged in combat.

Lucky also is a very good character in leaderboard runs, and as he is another physical character, you can take him to Legends stage 1 to fight. His max level has insane damage at max level is 41 000 damage and with “Battle loss” it goes up to 51 000 damage with his ability cooldown sitting at 6 seconds making his DPS 8500 which is one of the best DPS in update 7.

For support, we have the following characters: 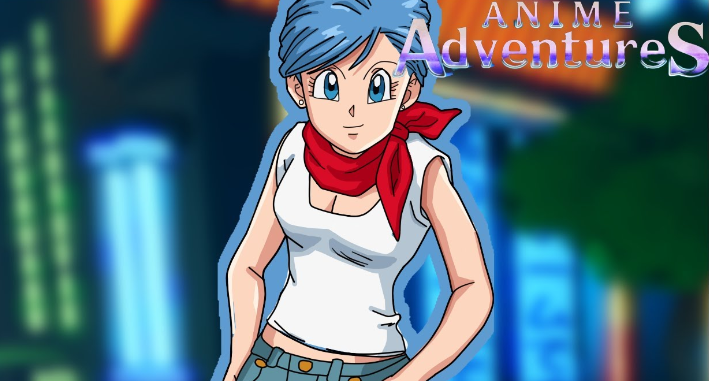 Bulma is a great supporting character as she makes you money to upgrade your other characters a lot, you can place her in a safe space and try to upgrade her as much as possible while not losing all defenses either, she provides you with gold at every wave clear. You can take her in almost all of the new stages like Legends, infinite, etc. At the max level, she provides you with 10K each wave clear, so make sure to utilize her to the fullest. 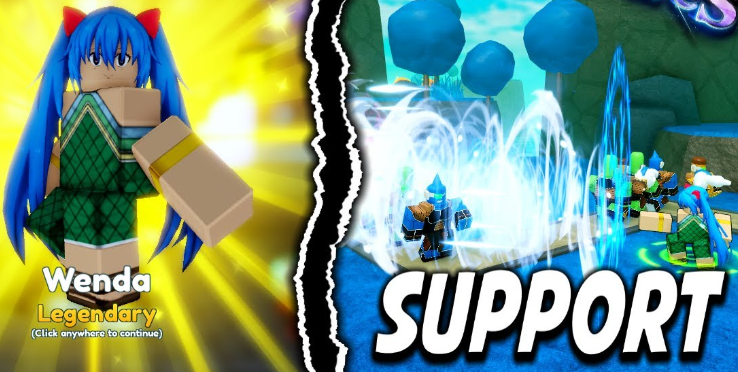 Wenda is another great supporting character as she provides you a 30% magic damage boost just by placing her, so she is a great support to all your magic-type damage dealers like Gojo, Yuto, and many others. It may not show you that your character stats have been buffed, but they definitely get a 30% boost, Anime Adventures just hasn’t added that incremented value yet.

These are the main few units that are best to have in update 7, according to us.

Here are a few other characters that are also very good:

If you aren’t able to get any of the above-mentioned best units in detail these will do just fine until you are able to get the best ones.

How to Get Realistic ABCF Morphs in Backrooms Morphs

How To Survive Seek Every Time On Roblox Doors