Here's everything you need to know about how you can get started in Grand Piece Online (GPO) With Level Guide, alongside tips and tricks!

The time has finally arrived. Grand Piece Online (GPO) has finally been released. Rejoice Roblox fans the time to lock yourself and block out anyone you would ever have contact with is now.

Grand Piece Online is Grand Quest Games’ long-awaited 2020 seafaring Roblox game and is finally FREE. Discover hidden islands across the ocean, scavenge for treasure and exotic fruits known to empower those who consume them, take on imposing bosses, and both form and shatter enemy crews.

Grand Piece Online is essentially Sea Of Thieves in a Roblox game mode. This is a welcome addition to the already Herculean list of Roblox games. Grand Piece online lends itself as a One Piece experience but in Roblox.

There is a huge caveat to any massively online game, which is that it comes with its fair share of sweats. Hence why gaining a head start on your competition is paramount to succeeding in Grand Piece Online.

The guide is ordered chronologically meaning that some of the “Tips” can only be executed when the prerequisite level has been gained.

Before we get started at level-by-level progression here are a few beginner tips you should try to include in your gameplay at any level.

Devil Fruits spawn every 3-4 hours and knowing preemptively where the spawn location already puts you at a significant advantage over someone who doesn’t. The Devil Fruit Notifier pings the location of the Devil fruit on the map and you can proceed from there on out.

If the 9000 Robux price is a bit too steep for your liking there is another Devil Fruit Notifier that lasts for an hour and costs 200 Robux. We highly recommend having some type of notifier as it is a great asset in any prospective player’s repertoire.

It is pretty ubiquitous in gaming that cosmetic changes do not grant any competitive advantages but the same can not be said for GPO. In GPO it is quite a unanimous decision that Mink is the strongest race. The Mink Class just helps you level a lot quicker than the other races in the roster and as we all know in GPO, the level is key.

This part of the guide aims to be a “Walkthrough” for your early GPO escapades. Although, there are an infinite number of ways to play the game we’ve found out that following the steps as labeled below grants you the fastest levels in the least amount of time (Yay! Chronic Procrastinators, your time has finally arrived)

Once you’ve created your Avatar you will be automatically spawned in the Town of the Beginning. So, for the first quiet quest going to want to make your way southeast till you find Daph.

Daph will in turn give you a quest that makes you fight a couple of bandits in the sand pit right next to her. You’re going to keep repeating the quest and farming the bandits until you make it to level 10.

Once you’re level 10, make your way over to Ronny. Ronny gives you a quest that makes you fight the bandit boss in the same sand pit. This should be a breeze since his moves are pretty predictable. You can alternatively keep doing Daph’s quest, but with the bandit boss, there is a chance that he might drop an armor piece. You can proceed with either option until you reach level 15.

Once you’ve reached level 15, the first item on the agenda is buying a boat. Make your way to the dock on Town of the Beginning and buy a boat from Marquan. With the boat make sure to stock up on wood and a hammer. After the respective supplies have been purchased talk to Haku and accept his quest.

Here’s a neat trick to finding the Island that is required for the Haku quest. Aim your compass just a little south of the west pole like so. And fly until you get to your boat.

Keep going in a straight line till you dock at an island called Sandora. Sandora’s a quick stop for us since there is only one quest of worth on this island. Find Noah, once you do, keep spamming his quest till you reach level 25.

At this point, you’re still on Sandora island. Make your way to the north-most part of the island and conn your boat to Shell’s Town. Once you’ve docked in Shell’s town make sure to set your spawn in between Robo and Bomi. This allows for a set checkpoint, in the event you need a respawn since it does respawn you at the Town Of the beginnings and is a great contingency plan. Get a log post from Bomi and afterward, make your way to Robert.

Robert’s quest is to defeat 8 of the marine NPCs. Keep repeating the tasks until you get to level 40. Alternatively, if Robert’s quest isn’t your style and you get bored of battling an endless stampede of NPC’s make your way over to Kevin who also gives you the exact same quest but with a lot stronger NPC’s. Who said you can’t get enough of the same fight?

Once you’ve reached level 45 make your way to the docks of Shell’s town and position your character like so. 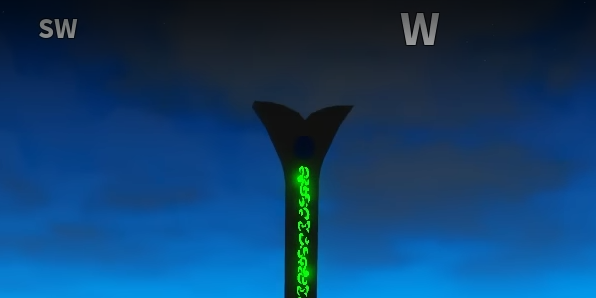 Keep going straight until you reach the Island of Zou. Set your spawn in between Zen and the other Quest to give you optimal spawn distance. There aren’t many quests that give you a fair amount of XP on the Islan of Zou other than Zen himself. Farm Zen’s quests until you reach level 75.

Once you’ve hit level five make your way to the docks of the Island of Zou and point your character to the bearing as below.

Keep going straight till you reach an Island called the Restaurant Baratie. Once again, set your spawn in the tavern located at the helm of the ship. Once the spawn has been set, talk to Yomo. If you’re going to incorporate anything from this guide it should be talking to Yomo. Yomo grants you the fighting-style Black eg. The Black Leg Fighting Style allows the player to use their legs to attack.

This is crucial to climbing levels faster since it allows you to buy skills that are extremely broken. The Black Leg fighting style does cost 9000 Peli, so do be sure to save up when the time comes to put your money where your mouth is.

In the black leg fighting style skill tree, the skill that is the most lethal is the Part table Kick course. The Party table kick course turns you into a human windmill. This is extremely beneficial when clearing bandits that have been clumped together in a single location. The Party Table Kick Course also allows you to hit bandits through walls which is an added bonus.

Once bought, make your way to Chef Rice, who gives you a quest to defeat 8 creek pirates. Keep spamming this quest until you reach level 100.

After level 100 you should be able to make your own decisions since you have hit your initial power spike. At this point, the world is your oyster, and there aren’t set paths that will grant you a significant advantage in terms of leveling up due to the nature of GOP’s leveling system.

How to Get Realistic ABCF Morphs in Backrooms Morphs

How To Survive Seek Every Time On Roblox Doors

Best Units To Have In Roblox Anime Adventures Update 7