The Disney Mirrorverse is a broken, distorted replica of the regular Disney and Pixar Universes that exists between realities, as well as the location for the game and storyline of the same name. The game is an RPG filled with your favorite characters from Disney and Pixar movies and their stories. You have to go through levels of dungeons and complete quests to progress through the game.

Here is how the tiers work and how we will be ranking these Guardians:

Let’s get more in detail on what characters belong in these tiers and why. As there are multiple classes in Mirrorverse, we’ll be putting all of a tier’s classes in the same category.

In the S-tier, we have put the best of the best Guardians from all classes that will surely help you the most in grinding.

Ariel, the Royal Champion of Atlantica, is a melee Guardian with great abilities that deans tons of damage with abilities and characteristics that are a must-have on your loadout.

Elsa, the Ice Storm Elemental, is another great damage S tier character that has range, a very good Guardian to have in your party as a secondary damage dealer.

Mr. Incredible. Also known as Justice Reforged is the best tank in the game right now to have at your frontlines tanking all the damage, while still holding himself up in terms of peel for your other carries in the loadout.

MM, the Stellar Sorcerer is a support character that buffs himself and your whole squad and also provides healing to help keep your carries alive while doing sustainable damage.

Other great S-tier Guardians that we recommend are:

In A-tier, we have Guardians that are very good still but are lacking a few things to meet the S-tier criteria. You should still put them in your roster if you don’t have an S-tier replacement.

Aladdin, the Cutting Desert Diamond is a very good melee character to have in your roster to deal consistent damage.

Goofy aka the Stellar-Powered Walking Disaster is a ranged heavy hitter that is very good against shield comps, as his abilities counter shields.

WALL-E the Terraformer of Planets is a tank that fits very well into support heavy comps. He makes very good use of heals provided to him and any buffs on him are great.

Baymax also known as your Personal Battle Companion is a support tank that buffs your allies as well as tanks the damage very well, he is a very good support to buff ally Guardians.

Other A-tier Guardians that we also love are:

Rapunzel, Illuminated Warrior is a very good starting melee character that helps you get out of the early stages, she has good DPS and can provide some utility to her allies as well.

Hades, also called Lord of the Dead, is a decent AOE ranged damage dealer. He can hit multiple enemies at once with all of his abilities so you should keep him on your roster if you don’t have anything better.

Donald Duck the Cantankerous Iron-Clad Sailor, is a good tank that gets stronger as he tanks more damage. He is fairly decent in his tier.

This Genius Matter Programmer is fairly decent support that debuffs enemies’ spell damage to Guardians that are tethered to him and provides them with healing as well.

Other B-tier Guardians that we absolutely adore are:

These are Guardians that can only be valid in some places and certain levels only, never keep them until you don’t need their specific strength separately.

Captain Hook the Vainglorious Vengeful Swordsman is the end-of-the-line melee character that does what he can but lacks in a lot of utility and DPS.

Our Planetary Security Sentry is also another AOE character that has some defensive abilities to her as well, you can keep her on your roster to survive a few levels.

Genie the Ascended Cosmic Comic is a last resort tank that can do his job as a tank but not as well as the other tanks that are present in the game.

Mike is the Monstrous Mechanized Pal is a healer that provides small heals, and debuffs to allies but no actual shields, he does provide them with the armor stat buff and an overall stat buff as well.

Other C-tier you shouldn’t really be picking are: 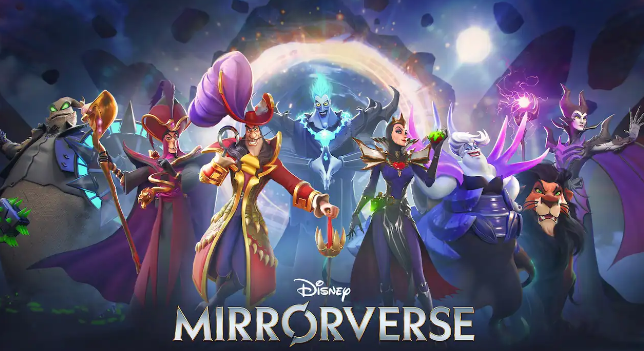 Disney Mirrorverse features all of your favorite characters from your childhood movies and they are fun to interact with ingame. This tier list will let you choose the best Guardians for your roster and keep grinding in a more efficient way. If you think this tier list helped you a lot, please let us know down below in the comments. We Appreciate your feedback!