Free to Play Play to Earn

Nyan Heroes is an exciting NFT play-to-earn metaverse game built on the Solana blockchain. Read the article to learn more about Nyan heroes!

By Oliver DaleSeptember 14, 20228 Mins Read
What is Nyan Heroes?

Nyan Heroes is a PvP and PvE third-person shooter action NFT game built on the Solana blockchain. The concept here is to collect Nyan cats who pilot deadly Guardian Mechs and compete in a battle royal gameplay, which is already a popular PvP game genre today.

The team behind this project is no mere blockchain enthusiasts. They are experts in making high-quality games. And now, with decent funding at their disposal, they’re hell-bent on spending a good sum of it on hiring the right people to help create a one-of-a-kind gaming experience.

They plan to be the first triple-A game to release on the blockchain. And now that we finally see the game come to light, we’ll discuss the gameplay, system requirements, release date, and everything there is to know about the game. So, without further ado, let’s jump right into it!

We’ve made a short overview of Nyan Heroes before. And to be honest, I wasn’t expecting much from it. I could’ve never anticipated that they’ll create such a high-quality game with insane graphics and smooth gameplay. 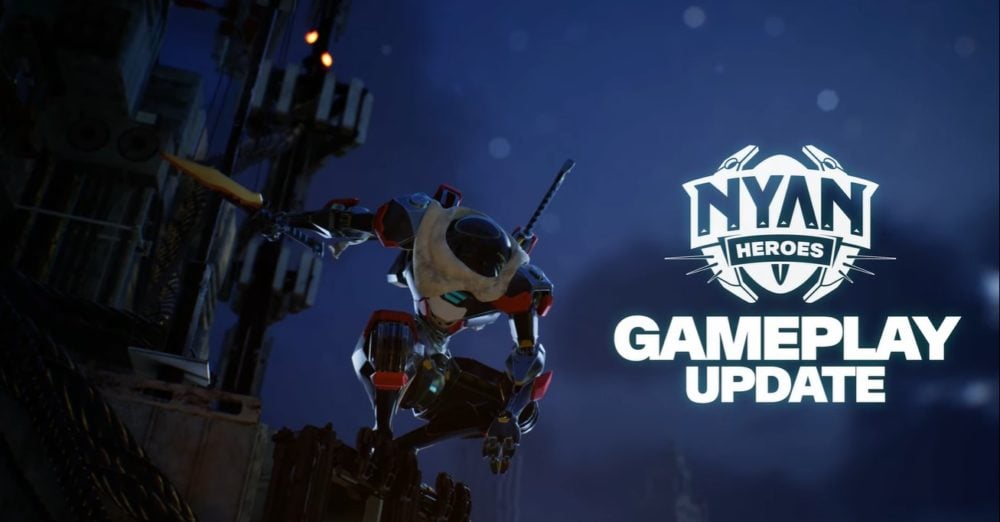 Nyan Heroes is supposed to be about adorable cats who can summon their Guardian Mechs at will to defend Nekovia, their homeland, against monsters, elementals, and other bots. Well, Nyan Heroes revealed their gameplay footage on May 12, 2022, and there was nothing adorable about it. The whole clip was pure badass and awesomeness. 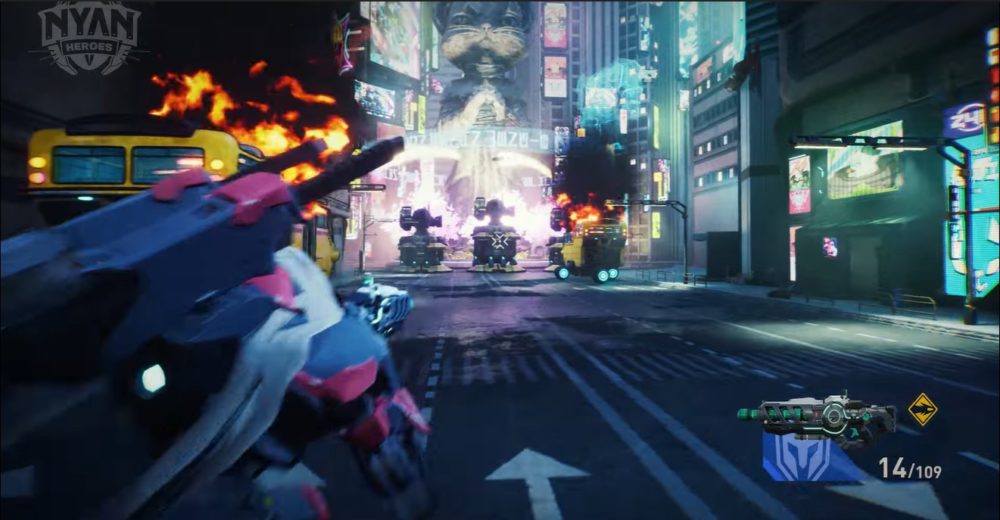 My mouth was wide open the entire time as I was watching their two-minute clip, and all I could mutter was “wow” and a few curse words, haha. It was just that good! Seeing first-hand how the battle mechanic works, the unique skills, sick moves, and tricks you can pull off, and the breath-taking surroundings that give a futuristic yet chaotic vibe. I was left speechless. I never expected it to be so polished. 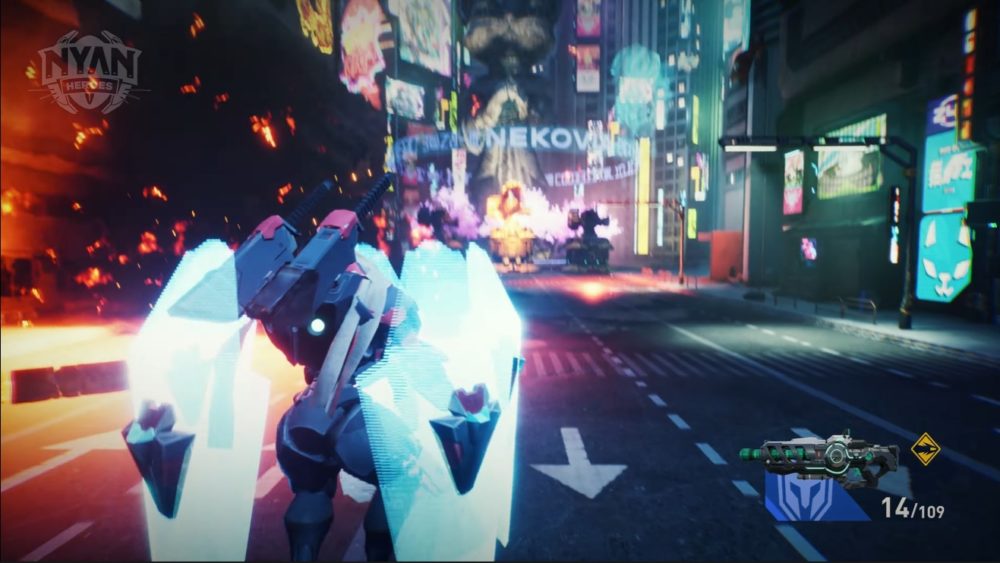 Sure, it was just a two-minute clip. But it was more than enough to make a statement that they aren’t here to play around. And if you haven’t watched the gameplay they’ve released, I recommend you look it up later.

In my opinion, it’s even comparable to some of the best traditional games out there and potentially even better. Needless to say, Nyan Heroes will set the bar sky-high for blockchain games, and it’ll be hard to top that.

There are two important in-game currencies in Nyan Heroes known as $NYN and $CTNP (Catnip). These two tokens are required for minting Nyan cats, Guardian Mechs, and primary and secondary weapons. Aside from that, each token has its essential functions, and you’ll need both to enjoy the game entirely.

With a total supply of 1,000,000,000, the $NYN token serves as the governance token, representing Nyan Heroes on the crypto market. And as the primary token, $NYN is also used for in-game market transactions. Furthermore, the developers saved 300,000,000 of the NYN token for incentives so that players could earn them as an in-game reward.

$CTNP is the game stablecoin mainly used for in-game utility such as modifying land plots, minting guardian parts, weapons, and other items and raw materials. Moreover, the $CTNP token is also used for crafting and upgrades for weapons and other items. And last but not least, you can purchase cosmetic skins using this token.

Players can earn $CTNP tokens within the game. And even though it has an unlimited supply, it is well regulated to help ensure stability in the marketplace.

We’re not just here to discuss the investment potential of this project. After all, Nyan Heroes have a lot of content to offer, including several features to earn inside the game. And below are the few known ways for you to earn:

Aside from the limited edition Nyan cats, players can mint more Nyans and even clone more Guardian mechs, which can also be sold as an NFT. Moreover, Guardian Mechs are upgradable, customizable, and can even fuse with another robot to create a stronger one that will have superior stats and, of course, greater market value.

But keep in mind that fusing two Guardian Mechs will also require you to spend $NYN tokens. Furthermore, skins, primary and secondary weapons, and other items are also minted as an NFT, thereby creating potential windows of opportunity for players to profit.

Compete in a Battle Royale

This is perhaps, the most exciting way to earn in Nyan Heroes. But in order to participate, you’ll need to team up your friends to create a team of 3 and duke it out with other players. The reward in this Battle Royale includes the $CTPN and $NYN tokens.

The game will reward players who accomplish tasks and missions and reach new heights in adventure mode. Aside from that, players can craft and collect items that can be sold on the NFT marketplace. Even better, players can set up their shop!

Do you have Nyan cats, more than you need? Well, Nyan Heroes allows players to earn passive income by sending their Nyan cats for an expedition as a means of staking.

In this metaverse, powerful other-worldly entities exist, and you, as a skilled player, can offer your service as a mercenary to aid other players in battle.

As the game progress, more features and update will follow and would certainly open new possibilities for players to play and earn. After all, Nyan Heroes is still in the development stage, so there could be many changes and other features that are yet to be added.

There are only 11,111 Genesis Nyans in existence. And that number isn’t even a fraction of the millions of players expected to flock to the blockchain. With that said, each Genesis Nyan NFT is sure to retain its value in the long run. Especially if the game becomes successful, it’s almost certain that Nyan cats will sell at several folds of their initial mint’s value. 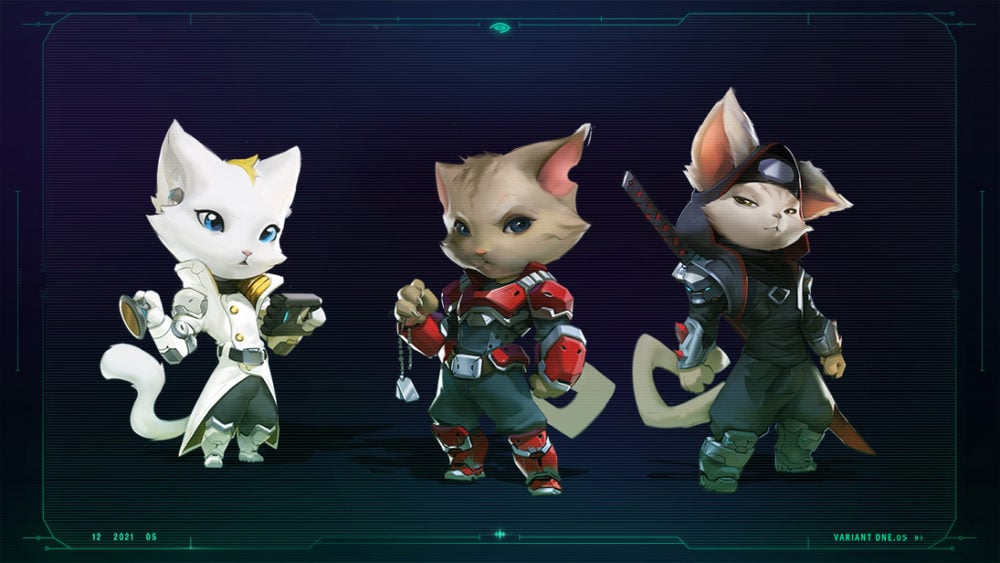 However, their value would also depend on their rarity as they come in various rarity levels from common, uncommon, rare, ultra-rare, and legendary. And owning one of the unique Genesis Nyan grants its owner the following rights:

The 8 Guardians of Nyan Heroes

The first four guardians that were introduced were Warrior, Medic, Assassin, and Defender. And all four classes have different characteristics and certain advantages and disadvantages on the battlefield. 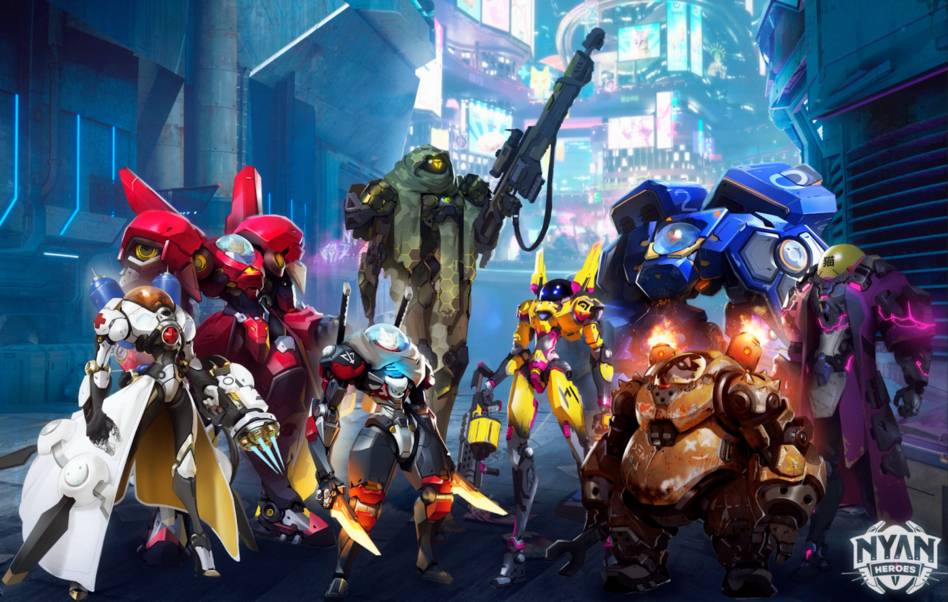 And now, Nyan Heroes presents four new Guardian classes: Sniper, Scout, Soldier, and Mechanic. Now that there are 8 classes for players to choose from, it will be interesting to see a diverse team combination with different playstyles and strategies. What do you think is the best team combination? Let us know in the comments!

Nyan Heroes’ metaverse is a vast space, and players can explore and occupy other regions, not just Nekovia. That said, players can become landowners, which also gives them the right to become guild masters.

There are many other reasons why you should make a guild or, at least, become a guild member. Other than having companions and new friends to play with, many perks and benefits come along when you’re in a guild.

One of the reasons you should have one is the number of new content and features that will open up for you. I’m talking about having mercenary jobs, opening stores, and having a safe haven where you and the other members can chill and hang out. Not to mention the income earned within a guild will be equally divided amongst all members.

But the most exciting aspect of having a guild for me is the competitive part. You get to play in special events and even go toe to toe with other guilds together with your guildmates.

We’ve seen the gameplay, which gives us a good idea about the game and what to expect. Nyan Heroes’ graphics are stunning, so it could be a bit demanding for processors, especially since a battle royale type of game involves many players and a vast map that they can roam around. 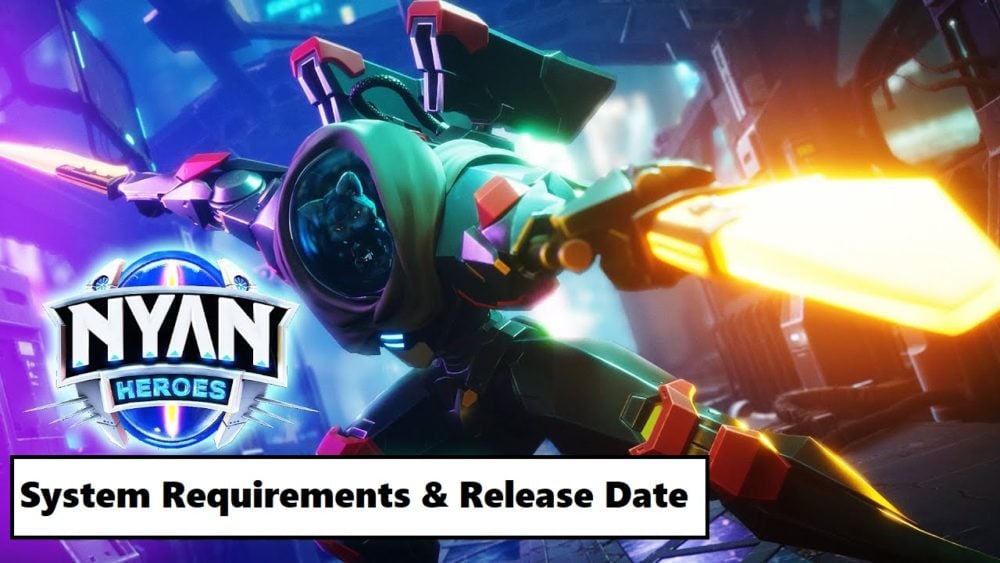 This is highly speculative since there was no official word from the development team, but judging by the gameplay we’ve seen and taking into account that it’d be a battle royale genre, a GTX 1060 with at least 6 to 8 GB RAM would suffice. It may not run as smoothly as you’d expect in high graphics, but tuning down the graphic settings will do the trick.

As for the release date, sadly, there was no exact date mentioned yet. But it is said that an alpha version will be available towards the end of 2022.

I’m a bit bullish on this game, but it’s still too early to tell whether they will succeed or not. A lot could still happen, so who knows what tomorrow holds. We’ll just have to keep an eye out for it and see how far they can take this journey.