Star Atlas is a space-themed grand strategy game based on the Solana blockchain. It takes place in the distant future, in the year 2,620, and has a large cast.

NFTs, which are now trending on the internet, will have a significant impact on the gaming business. This new technology has the potential to alter how much money the internet video game business can generate.

When non-fungible tokens (NFTs) are combined with the game industry and the concept of the metaverse, the technology world will alter.

One of these initiatives, Start Atlas, is setting the tone for the future generation of games. Star Atlas is developing a virtual reality game set in the far future. This is accomplished through the deployment of a dual token economy.

Players in Star Atlas can traverse the expanse of space in search of precious NFT-based jewels. By merging blockchain dynamics with NFT-based in-game goods and a proprietary graphics technology, it offers a metaverse experience.

What Is Star Atlas?

Star Atlas is a space-themed grand strategy game based on the Solana blockchain. It takes place in the distant future, in the year 2,620, and has a large cast.

The gaming platform makes video games and visual experiences that look and feel like they belong in a cinema theatre using Unreal Engine 5’s Nanite.

Players on the Star Atlas metaverse can trade, get, and create non-fungible tokens in the Star Atlas world (NFTs). This results in an economy that represents the ownership, value, and physicality of real-world goods.

Solana is one of the most powerful, secure, and difficult to censor blockchain networks. Solana also boasts cheap transaction fees, which cost under $0.00025 every transaction on average.

The Star Atlas game’s cosmos is vast, and players must embark on lengthy, perilous expeditions alone in order to acquire resources and outwit other players in the metaverse.

In the game, players may construct whole cities and microeconomies, or they can band together to establish decentralised autonomous organisations (DAO) to govern specific territories. Players may even earn money by collecting virtual things while playing.

The assets earned in the game will be fully owned by the players. They will be able to sell in-game things that support NFT on secondary NFT markets.

The main aim is to encourage individuals to get rewarded for their time spent playing the Star Atlas game so that they may gain financially in the real world.

The Star Atlas game is designed to function like a blockchain, with rewards for keeping the Star Atlas ecosystem functioning and safe.

For example, the game’s grand strategic component will urge players to utilise aggressive and defensive strategies to expand their empires where they claim territory. As a result, every time a player interacts with the gaming platform, they contribute to the network’s security.

Hidden surprises await gamers in space as they dig and collect blocks through their virtual activities.

Star Atlas also has an unique deflationary mechanism that allows players to take on more risks in exchange for greater rewards. For example, a player may explore the deepest areas of the metaverse, foregoing the protection of safe zones in exchange for richer prizes. These commodities will contain building materials, fuel, and other items that provide a momentary boost to a player’s avatar.

Star Atlas not only works with the Solana blockchain, but also with the Serum DEX (decentralized exchange). Star Atlas gamers may connect with smart contract-enabled DeFi systems directly in the midst of the game thanks to Serum’s integration. 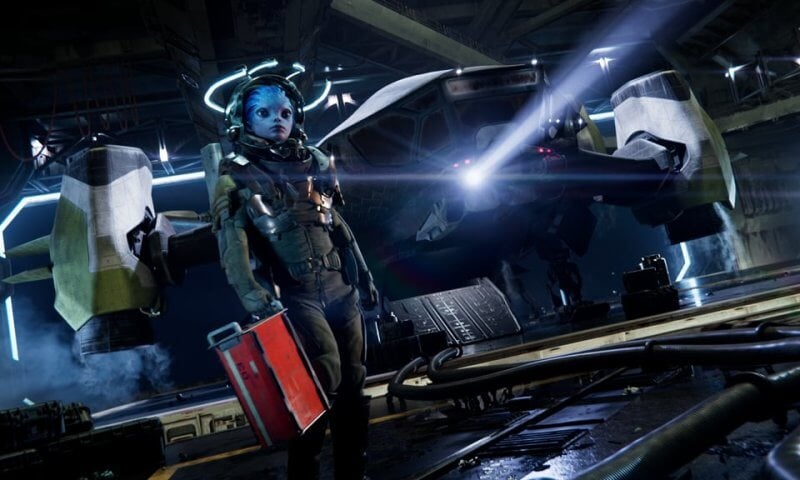 This implies that players can lend or borrow various Solana or Serum assets. They will also be able to execute automated transactions on various liquidity pool pairings, earning money from trading fees and higher-yield farming possibilities.

What Is Star Atlas (ATLAS) Token?

The ATLAS token will power the whole metaverse’s economy. At initially, players will need to use their ATLAS tokens to purchase in-game non-fungible assets such as a crew, a spacecraft, land, and other necessities.

Simply said, this token will be the platform’s native token as well as a unit of accounting. ATLAS will be the most valuable currency on the Star Atlas NFT marketplace.

Initially, participants who do well in the game will receive 80 percent of future ATLAS tokens. Interested parties will be granted 20% of the ATLAS. More over half of the platform’s resources will be utilised to establish mining stations, with the remaining 15% going toward platform development.

Prepare to delete any NFT buy and sell orders from the marketplace. There is also news on the ATLAS/USDC collaboration.

The Star Atlas team will shortly perform long-planned maintenance and updates to the Galactic Marketplace. Because to modifications to the Serum-based infrastructure of the site. You will not be able to see any open orders to purchase or sell ships or other NFT assets on the market after the upgrade.

If you want your open orders to remain visible after the update, remove them from the current marketplace. By July 20, and then again after July 21, reintroduce them to the improved market.

Please keep in mind that the Serum DEX will continue to work in the background. Your orders will remain in place, but you will no longer be able to see them on the Star Atlas Marketplace.

This maintenance will not effect any existing ships or fleets, including Faction Fleet ships (SCORE). Only orders that are currently open on the market are impacted.

To remove or close an order from the list, perform the following:

Serum for Marketplace orders will no longer be utilised with the new Marketplace programme. ATMTA takes use of the opportunity to relist assets in the NFT/ATLAS pairings at USDC target market pricing.

When ships and other assets are relisted on the new Marketplace, the exchange rate between ATLAS and USDC will be updated.

What does this have to do with shopping? This means that during GAO Phase 2, all ships in ATLAS will be more expensive to purchase than they are today. This is due to the fact that the USDC/ATLAS exchange rate fell throughout this period.

A new Opal Jetjet cost $300 at the time this article was published. When one ATLAS was worth $10 a few months ago, it took 3000 ATLAS to acquire a Jetjet.

At the current conversion rate (1 ATLAS = approximately $.007), the Jetjet will cost around 42,850 ATLAS in the new Marketplace (market prices may vary).

In other words, while relisting Marketplace 2.0, you won’t have to provide as many discounts as you do currently. Following this operation, the pricing for both the USDC and ATLAS market pairings will be the identical.

During this transition, the price of all new assets, including ships, will remain constant in USDC.