The rise of battle royale games, Multiplayer online battle arena (MIBA) games, and much more have contributed significantly to this surge in value, and people are rushing towards them. 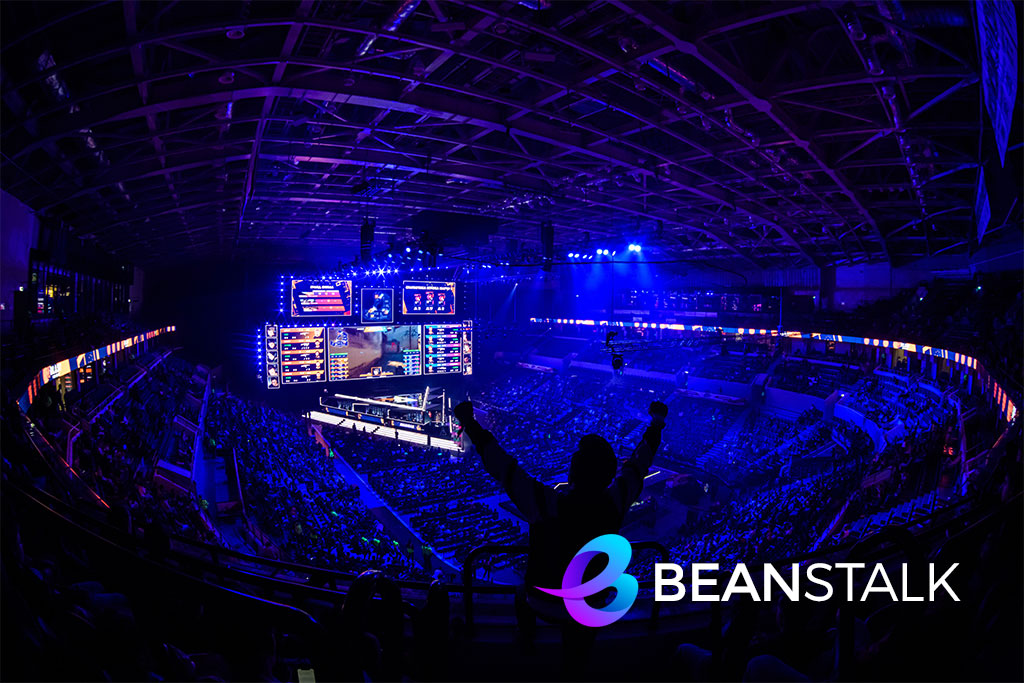 Sports betting is still one of the largest and most lucrative betting industries in the world. Companies have coasted off its success for a long time, offering sports fans around the world the opportunity to place wagers on their favorite teams.

The market itself is strong, with analysts forecasting a 9 percent Cumulative Average Growth Rate (CAGR) over the next half-decade and a total of $255.49 billion in value by 2024. When you take that chunk out of the total gambling industry around the world, you begin to get a sense of how valuable sports betting is.

Esports and their Appeal

However, one hallmark of investors is that they always tend to keep their eyes peeled for newer opportunities. The traditional sports betting market is becoming solidified and saturated, and several companies have already been able to bite off their chunk of the pie and establish themselves as industry leaders.

For new entrants, coming into this market and posing any form of competition to these industry behemoths might not necessarily be worth it anymore. So, the need for a new frontier where they might be able to establish themselves instead.

A lot of these firms have found that frontier in esports. This branch of sports is decades old, but it never really gained prominence until a few years back. In the past five years alone, it has exploded immensely. The rise of battle royale games, Multiplayer online battle arena (MIBA) games, and much more have contributed significantly to this surge in value, and people are rushing towards them.

So, what makes these games- and the entire industry so popular for investors, especially?

Revenues and Steady Stream of Users

As is evident, the most significant reason is the financial benefit. The esports industry generated about $696 million in revenues in 2017, and according to a report by Reuters, that number has increased to an impressive $1 billion for 2019. Early projections also forecast that this value could increase even further to $1.6 billion by 2021.

Audience engagement is on the rise, thanks to innovation in game design and execution. Platforms like Twitch have revolutionized the industry completely, allowing people to earn money for streaming their games. Tyler “Ninja” Blevins, unarguably the most popular esports player in the world right now, earned about $500,000 a month for his streaming abilities. And that’s just one player.

In its Global Esports Market Report 2019, Newzoo estimated that the total esports audience is about 453.8 million across the world- comprising of 201.2 million Esports Enthusiasts and 252.6 million occasional viewers. Engagement is at enviable levels, essentially putting the industry at a good point to drive revenues for advertising- revenues which, as Newzoo explains, have also been on the rise.

“Around 82% of the total market ($897.2 million) will come from endemic and non-endemic brand investments (media rights, advertising, and sponsorship),” the 2019 report explained.

Esports Betting and the Challenge of Entering the Market

All of these make the esports industry ripe for the entrance of gaming companies, and they’ve been sure to troop in since the entire wave began back in 2013/14, when virtual in-game aesthetics started to make the rounds. Names like Valve Games, Counter Strike: Global Offensive, and Dota 2, adopted real money ecosystems where in-game aesthetics such as skins have gotten massive interest from users.

However, the problem with these games was the fact that a lot of these skins were illegally sold, with little to no Know Your Customer (KYC) processes being carried out on the purchases. This meant that underage kids could also gamble, and soon enough, the betting market for skins ballooned to reaching $5 billion in total wagers.

Several gaming firms stopped this, but only after they were sued. Regardless, it was obvious that there was interest, and this illegal market kicked off regulated esports wagering. Now, esports is considered to be one of the most exciting betting categories in the entire betting space.

The options available for esports betting include legacy sportsbooks that have esports offerings, purist esports available on some sites for sportsbooks, and even betting services using cryptocurrencies. The illegal skins market is also still existent, although much less prominent now.

For now, the biggest challenge for betting operators is attracting people who are into esports to their platforms- not just regular gamblers who might not know much about esports in the first place. Eventually, these people are the most passionate about the games, and they’re the ones who will bet the most.

There’s also the problem of the generational gap. Traditional betting companies will need to navigate the problem of attracting people who were born in the age of the Internet, and that means a desire to innovate.

It’s easy for the companies that venture into gaming for the purpose of entertaining gamers- not gamblers. Google and Apple are currently locked in a battle on streaming, with Apple Arcade and Google Stadia offering similar selling points. For gamblers, it’s a bit more challenging.

One company taking up the challenge in good spirits is Puntt, a British esports betting platform. The company launched a parameter-based esports market that allows players to wager on specific parameters for individual players. The company runs an AI-powered model, which culminates in a unique experience for players. Essentially, they can now make bets on things like who gets the most kills, who gets to be the last man standing in a battle royale, etc.

Regardless, there’s still a lot of work to be done to attract players of today and keep them engaged in gambling.