The state of Michigan has taken a significant step forward in the fight for legalizing gambling, as a bill to that effect has passed through its House of Representatives.

The bill was passed by the lawmakers, 24 hours after a previous version had been amended and vetted by several committees, Detroit News reports.

The Lawful Sports Betting Act, which has been at the House level for a while, passed through by a vote of 63-45, thus putting more hope for the prospects of legislation for casinos and online gambling in the state before the end of 2019.

The progress of the bill is coming despite disapproval by state Governor Gretchen Whitmer. Bill sponsor Rep. Brandt Iden said that Rep. Rebekah Warren, a close aide of the Governor, had spoken out against the bill at the House level. Regardless, a pass by the House means that the bill will now be presented to the Senate, which has until the end of the year to send it to the Governor.

As stated earlier, this isn’t the first gambling bill to be presented in Michigan. Rep. Iden presented a similar bill in December 2018, only to have it vetoed by the previous Governor Rick Snyder. At the time, the Republican Congressman argued that the Governor had vetoed the bill based on concerns about the potential revenue impact of Internet gaming, as he claimed that it would take out money from the state-run lottery.

Hopefully, however, the second time proves to be the charm for Rep. Iden and his bill. Despite protests from the Governor, stakeholders seem to be on board with this one.

Tax Clarifications for the Gambling Bill

In this bill, Iden adopted a new language to raise the tax rate and codify an official data mandate before passage by the House. The new draft proposes a tax rate of 8.75 percent on all sports wagers, excluding any winnings paid out. The city of Detroit also stands to collect an additional 3.25 percent tax, according to Rep. Iden.

The tax rate for online gambling ranges from 4 to 19 percent in the first three years. This rate is dependent on the amount of revenue generated during the period. This figure could rise to between 6 and 21 percent, while the fifth year could rise from 8 to 23 percent.

As for the Governor’s concerns about the tax affecting the state lottery and other things that it helps fund (including and especially schools), Rep. Iden pointed out that this new bill will see increased taxes on gambling firms, thus ensuring that funding is secured. He believes that I signed, this bill could generate between $80 million and $10 million in yearly tax revenues.

Colorado Heads to the Polling Booths

Michigan isn’t the only state moving ahead with legalizing gambling. The state of Colorado is holding a referendum on the subject. As locals head to the ballots to decide whether or not they want gambling legalized in the state.

If approved, the state could generate around $290 million in profits from casinos in the state, which will go on to provide $29 million to the state’s water fund.

Tentatively, it is possible for 14 states across America to legalize sports betting before the year draws to a close. 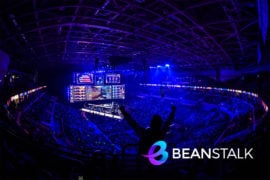