To begin with, Impostors is a game of survival. Players have the role of either Innocent or Impostor in a murder mystery-themed gameplay. The game is being developed on Unreal Engine, and the team includes over 30 world-class engineers and developers.

Impostors breathe new life into the gaming and cryptocurrency industries by establishing a social gaming metaverse. The players completely own and operate the game. In addition, simply by playing the game, NFT holders will receive tradeable NFTs and fungible tokens.

As the worldwide epidemic erupted in 2020, social deduction, a relatively new genre in the internet game industry, grabbed the world by storm. The game’s style is lighthearted, approachable, and, most importantly, sociable. Therefore, with about 500 million users, the niche is in many respects the ideal route for Web3 gaming to establish dominance.

Impostors creators feel that social gaming is the best gateway to the metaverse. Social games promote interpersonal relationships and community building, which is a key component of the Web3 movement. The mix of characteristics surrounding social deduction, or social gaming in general, gives it an ideal niche for developing the first successful NFT gaming environment.

Impostors gameplay is comparable to that of the massively popular game Among Us, which surged in popularity in late 2020 and early 2021. Players are either innocents or impostors, as determined by chance. A round of voting takes place in which players try to remove the murderers from their ranks when one sees a dead body. 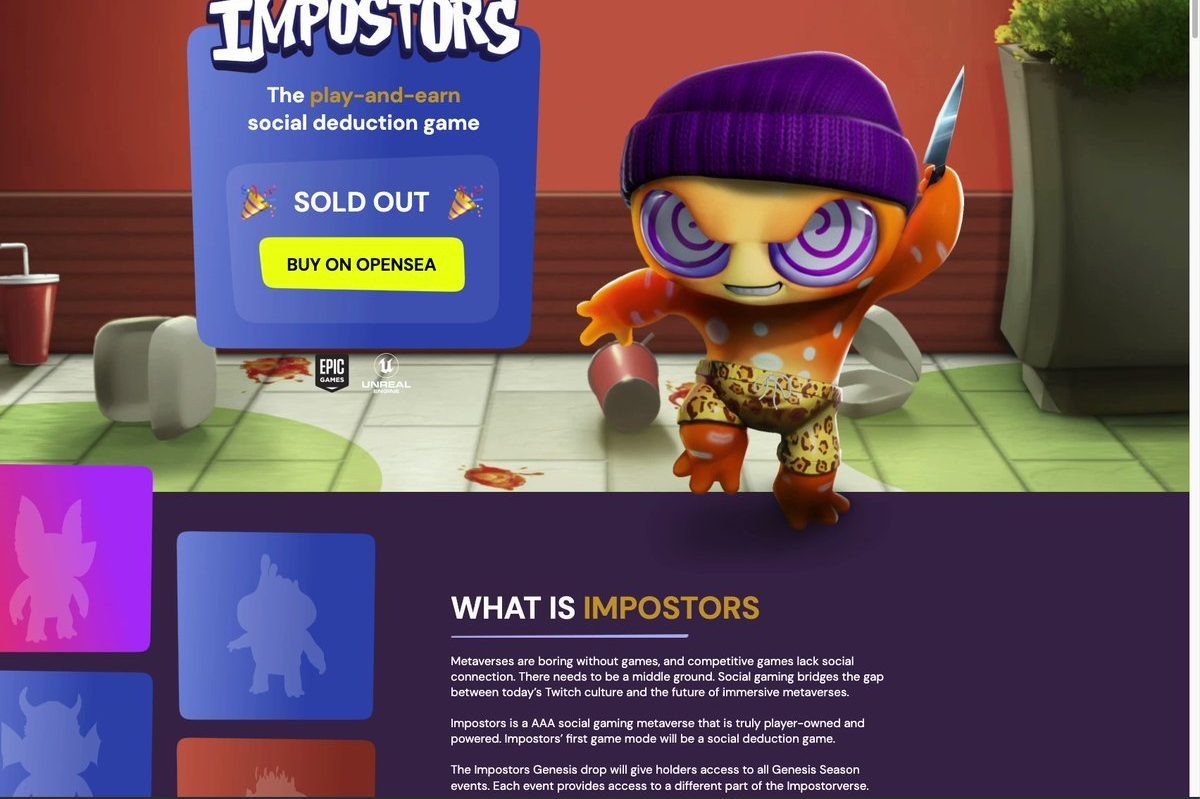 Innocents seek to perform numerous duties throughout the area, which take the shape of several mini-games, in between voting sessions. The innocents win by knocking out all of the impostors or fulfilling all of their responsibilities before dying. The imposters win by murdering all of the innocents before completing their chores.

In the months and years ahead, the Impostors team will continue to expand the game environment and economy. Later, more features, tools, and game styles will be released regularly as the gaming environment evolves. Within the game client, the game will include a variety of tools. These tools allow every player to build their own enjoyable and engaging gameplay experiences. Therefore, Impostors might one day have hundreds of game types from which players can pick and use their NFTs.

Impostors is, at its heart, a platform that provides users with two crucial tools:

Thus, these tools will liberate the community’s strength and creativity. They will allow people to build limitless gameplay experiences and even monetize them. Impostors aspire to be a real UGC Sandbox, where players contribute to the in-game material that is accessible to everybody.

Aim of the game

The Imposters Metaverse has an aim to:

The $SUPER and $BLOOD are the two tokens in the Impostors economy. Both are Ethereum-based ERC-20 coins.

SUPER Token: SUPER is an ERC-20 token native to the SuperFarm protocol that governs the Impostors Metaverse economy. SUPER token voting on Snapshot.org determines the governance decisions. Thus, this is the first step toward complete decentralization.

BLOOD Token: BLOOD is a utility token in the Impostors Metaverse. Thus, it is a valuable resource that players obtain by putting time and effort into the game. A variety of updates and functions throughout the gaming industry requires BLOOD. In addition to this, it is the main resource used to reward players in the fundamental game mode.

Above all, Genesis Alien owners will be able to participate in all Genesis Season activities. Only 10,420 Genesis Aliens were ever generated, making them among the rarest and most significant NFTs in the whole ecosystem. Thus, the rarity of each character will be determined by a mix of qualities and attributes. 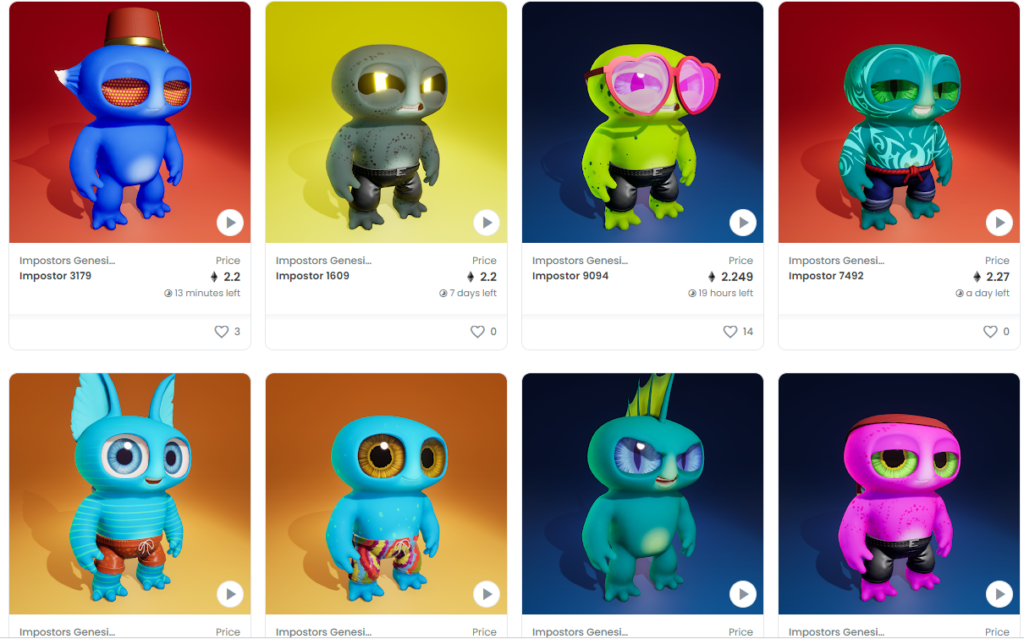 The first phase of the Impostors plan guarantees that the game’s community remains invested in its development and sales. In addition, the plan features a new fundamental NFT mint or releases every two weeks including UFOs, pets, materials, and more. An open beta, a combat pass, a Map Maker tool, Land Play, and a game mode creator are all included in Phases 2 and 3.

What is MarathonZ? An Upcoming NFT Game Set to Release in 2022