Free to Play Play to Earn

Illuvium Synergies, Affinities, Classes: Here’s What We Know So Far

Learn more about Illuvium's synergies, affinities, classes, and potential combinations you can use in the most anticipated autobattler game!

Illuvium is one of the most anticipated play-to-earn blockchain games soon to come for everyone to play. And if you’re a fan of this upcoming game, pretty sure you’ve heard of Illuvium’s Survival mode that’s soon to come. It is an auto-battler type of game where players strategize and budget their allocated gold coins used to purchase Illuvials to try and beat the opposing team. And if you’re not aware of this and want to learn more, check out our quick overview!

In this article, we’ll have an in-depth discussion about Illuvium synergies, affinities, and classes to understand how it works and how it can give you an advantage during battle. Because when you build a team with great synergy, you’ll be able to wreck your enemies despite having inferior Illuvials. And I bet you can’t wait to know more, so let’s get down to it! 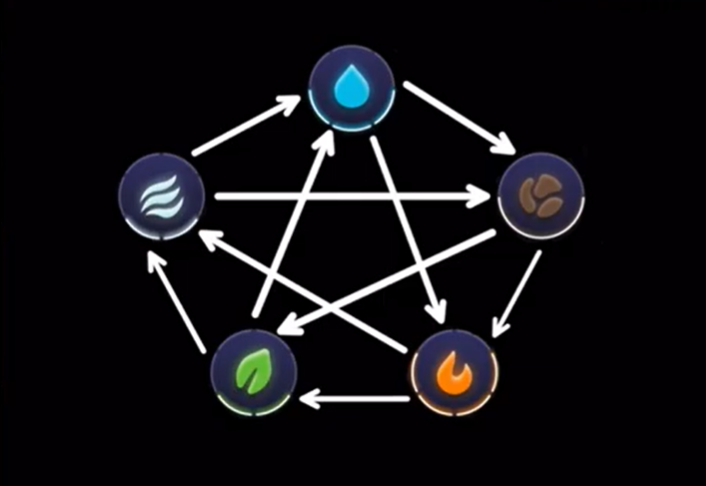 As you can see, they all have weaknesses and strengths against other affinities. It’s good that Illuvials can acquire secondary affinities to counter and make up for their weakness as they evolve.

You wouldn’t want your Illuvial to have Fire and Nature affinities because they can easily be countered with Earth and are weak against it. So you’ll either have to get Fire and Air or Nature and Water to be well-rounded.

Below are the known combinations of all the core affinities when paired with each other:

There are 5 core classes in Illuvium known Fighter (Warrior), Bulwark (Tank), Rogue (Assasin), Psion (Mage), and Empath (Support). And just like how affinities work, Illuvials may acquire an extra class when they reach stages two and three. And below are the known combinations:

Note that Illuvials may or may not get additional classes as it all depends on the Illuvial in general.

Illuvial synergies can make or break a team. So, understanding the mechanics behind it is crucial if you want to make the most out of your team.

Below are the samples of how Synergies work and what bonus stats they grant.

Take a look at the table above. The example used has a team composition of (2) Fire affinities, (1) Nature, (2) Conflagration, and (2) Infernos. In total, there are 6 units of Illuvials available. And together, they form synergies that can be seen on the right side of the table.

To sum it all up, there are 6 stacks for Fire, 3 stacks for Nature, and 2 stacks for Conflagration. And the effectiveness of their synergy depends on the number of stacks they have, as you can see in the table above.

As Illuvials evolve to stages two and three, they can pick up extra affinities and classes. Knowing that Affinities have advantages and disadvantages against all the other affinities, it is best to think through the best affinity and class your illuvial should have to get an edge.

You can create hundreds of possible combinations will all the different affinities, classes, and synergies available. This provides a wide customization option for you to tinker with.

You can make from your Illuvial team as an all-rounder, being able to adapt to any situation. Or have it double-down on their core abilities by specializing in certain aspects, be it Tank, DPS, Support, etc.

Here’s an example to help you to visualize everything that was discussed: 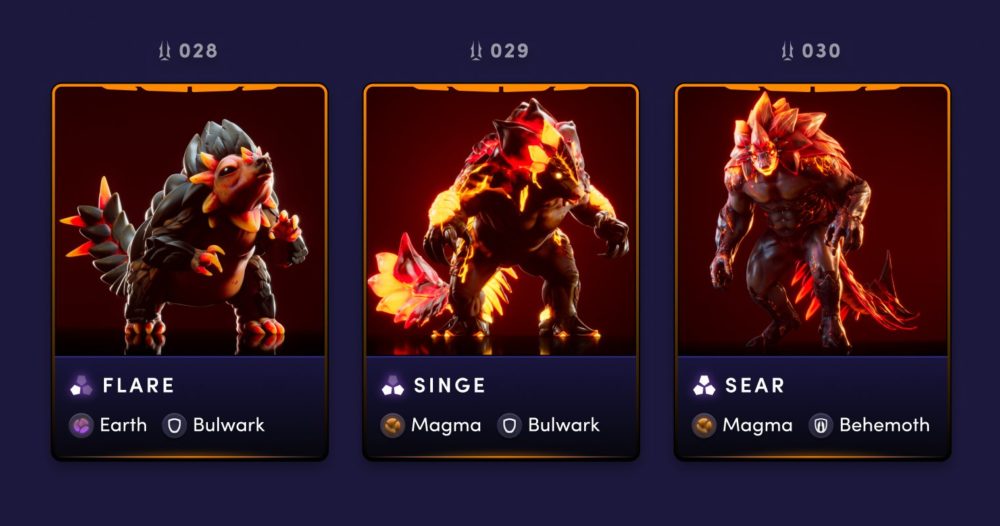 Looking at the image above, we see that Flare had an Earth affinity and Bulwark class. After evolving to Singe (Stage two), his affinity became Magma, a combination of Fire and Earth. And at stage three, Sear’s class became Behemoth, a combination of Bulwark and Rogue.

For Atlas, becoming an Axon changed his class to a Harbinger (Bulwark + Psion). And his affinity then changed to Maelstrom (Water + Water) after becoming an Axodon. And as you can see, their evolution varies.

We haven’t grasped the precise mechanic of their combinations just yet. It’s either randomized or solely dependent on the type of Illuvials themselves. But what’s important is we now have a clear idea of how it works when we jump into the game.

The amount of information in this article is overwhelming. But give yourself some time to think and truly comprehend the game’s mechanics. After all, if you’re planning on competing and exerting effort, why not give it your all and become one of the best?

And that’s a wrap! We hope you learned a lot from us today, and we’ll see you soon on the next one!