The Gaming Innovation Group (GiG), an online provider of casino and betting services, has announced that it will be acquiring gaming operator Top Games.

According to a press release published yesterday, GiG will be hoping to use the Top Games acquisition as part of its plans to expand its reach to Croatia.

GiG reportedly claimed that it would be purchasing a 75 percent stake in the Croatian gaming operator, thus qualifying the platform to operate as a remote gambling service in the country. The fee for the acquisition has so far been undisclosed, but it has also been reported that a partner in the local-land based casino business will be keeping the remaining 25 percent.

The acquisition will be completed through resource contributions from shareholders, so it is not expected to be cash-based. Initial costs will be covered by the unnamed local partner, while the GiG will be providing the rights to use its operational license, online gaming platform, and land.

Pending approval from regulators, this deal will provide the GiG with the proper groundwork for it to execute its planned 2020 entry into the Croatian online casino market.

“I’m excited to further expand our B2C business by entering another regulated jurisdiction. Croatia is an exciting marketplace for gambling, and it supports our strategy to grow our own brands in high potential and regulated markets.”

Per the report, the Croatian Ministry of Finance had been working on a legal framework that will restructure the country’s gambling landscape and require foreign online betting operators to get a license from local authorities before operating in the country.

In addition to the licensure requirement, foreign entities will also need to have a physical presence in the country, thus providing additional accountability and legitimacy to their operations.

Now that some form of regulation is coming to the market, GiG will be able to enter the estimated $307 million market

The move is also the latest in expansion efforts by the GiG. Earlier this month, word got out that the iGaming brand had partnered with Hard Rock International, one of the biggest US-based casino operators, to launch its sportsbook in the latter’s gaming facility located in Woodbury County, Iowa.

The new sportsbook is located at the Hard Rock Hotel and Casino Sioux City. It features a 400 square feet of floor space, as well as four betting windows. 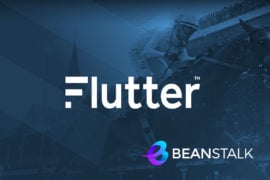