Gambling has long been touted as a revenue generator for government agencies- especially those in dire need of funds. In the U.S., the legalization of sports betting has gained traction ever since the Professional and Amateur Sports Protection Act of 1992 (PASPA) was repealed in 2018.

Despite this approval, several states have refused to legalize the sector, keeping it at arm’s length. For these conservative states, Kentucky might provide a valuable lesson, going forward.

Last week, the gambling sector in Kentucky got a significant boost after House Bill 137, was moved to the state legislature in its last hurdle before being passed into law. House Bill 137 is a bill to legalize online poker, fantasy sports bets and sports betting in the state.

If it becomes law, Kentucky will enjoy a significant tax revenue advantage, adding gambling revenues into the state’s 2020-2022 budget. But, its journey to gambling paradise wasn’t smooth sailing. It had a few rough edges.

Dreams of a Father

Sports gambling was one of the campaign promises for Kentucky Governor Andy Beshear. However, he had a design that went beyond the injection of funds into the state’s coffers. The mission to legalize sports gambling was something that Steve Beshear- Andy’s father, who governed the state from 2007 to 2015- worked on throughout his tenure.

Like Andy, Steve (the former Governor) made legalized gambling a focal point of his campaign in 2007. However, his attempts at making good on this promise were rebuffed by the Republican-majority State Assembly. For Beshear Junior, this was a chance to fulfill his father’s dream.

Speaking in a September 2019 interview with Hey Kentucky, Andy explained that then-Governor Matt Bevin was overly fixated on the negative aspects of legalized gambling, so much so that he didn’t see the revenue-generating potential that the activity had.

A democratic candidate at the time, Andy argued that his beloved state was losing out to several neighboring states that had legalized sports betting. And Kentucky was losing out to them. These states includes including West Virginia, Illinois, Ohio, and Indiana

“Estimates show that Kentucky loses over $500 million in tax revenue a year to neighboring states and less than ten casinos could generate over $1.7 billion in economic activity in their first year,”

he said in part.

As soon as Beshear was elected, he went to work. Last month, House Bill 137 passed through the committee stage and was on its way to the House of Representatives. The bill, which was introduced by Republican House member Adam Koenig, will allow the Kentucky Speedway and horse racing tracks to become centers where sports wagers are accepted.

Residents would also be able to download mobile apps to place their bets, play poker, and engage in fantasy sports contests.

The proposal includes a licensing fee of $250,000 for companies and a renewal fee of $10,000 yearly. Taxes on these companies’ revenues have also been set at 6.75 percent, although a rise is possible. The Kentucky Horse Racing Commission will regulate sports betting activities.

In terms of fiscal analysis, the state estimates about $22.5 million in annual revenues, 10 percent higher than what was initially expected due to revenues coming from in-state events such as basketball games played by the University of Louisville and the University of Kentucky.

All Part of an Education-First Budget

Last week, Bloomberg Tax reported that the legalization of gambling was part of Gov. Beshear’s plan to fund the state’s education plan- which will include providing a $2,000 raise to public school teachers, and for the first time in a decade, exclude cuts to state universities and colleges.

Besides sports betting, the governor is reportedly also working on raising taxes on cigarette sellers and other businesses in the state.

The governor plans to bring in at least $148 million in new revenues to fund his education initiative. An estimated $50 million yearly from raising medical marijuana taxes and imposing new taxes on several other industries. With gambling set to fill the state’s coffers with an additional $23 million, the governor’s goal could be a reality soon.

It’s worth noting that the bill hasn’t passed yet, as it is still to be presented to the House and the state Senate- both of which are currently controlled by Republicans. The fact that the General Assembly is more conservative now than it was in Beshear Senior’s time casts further doubt on the bill’s prospects.

Former Gov. Bevin was against sports betting legalization, and he had the support of the state legislature then. For now, the sentiment concerning the bill is that state Senate Republicans could move against the bill’s passage.

Senate President Robert Stivers has also expressed his views that the plan is no more than “puppy dogs and rainbows.”

Time for States like Georgia to Pick Up the Pace

Whether or not the bill passes is anyone’s guess. However, the state could serve as a model for others that are yet to take a step. One such state is Georgia, a state which could use the revenues but is currently vying with its beliefs to make this move.

State Laws explains that Georgia has stringent gambling laws, as all forms of gambling are banned. The only form of gambling allowed in the Peach State is raffles for charities.

This has created a shadow industry that’s flying under the government’s radar. Even though illegal gambling is flourishing in Georgia, the government has been quick to point out the vices that legalizing the activity will bring as a reason not to let it in.

Regardless, the state definitely could use some of the revenues. Georgia had about $57.06 billion in outstanding debt in 2018- a number that could rise to $59.12 billion in 2020. The state needs cash — one option staring it in the face is sports betting.

Not to mention, again, that it needs the revenue. 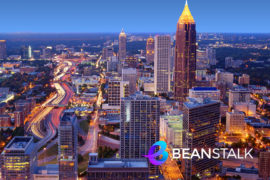