Nowadays, with NFTs taking over the blockchain space, developers and NFT creators find that the Dutch auction method is the most dynamic and provides more advantages to both the seller and buyer.

By Oliver DaleOctober 5, 20224 Mins Read
What is a Dutch Auction in NFTs? Guide for Beginners

The first recorded history of an auction dates back to 500 BC in ancient Greece. And the proper way to marry a woman was through bidding in the old days, with the most beautiful one priced the highest. And whoever bids the most shall earn the right to marry the woman they desired. This, later on, became the traditional and most prominent bidding method.

But over the years, adaptation naturally began, and vendors sought the best possible methods to distribute and sell their items. Thus, many variations and methods were created, such as the Fixed Price auction, Reverse auction, and the Dutch auction.

Nowadays, with NFTs taking over the blockchain space, developers and NFT creators find that the Dutch auction method is the most dynamic and provides more advantages to both the seller and buyer.

One such case is Illuvium’s Land Sale will utilize Dutch Auction.

What is a Dutch Auction?

A dutch auction is a type of bidding or minting method where an NFT project would be put to sale at a specific value set by the project developers. That value will then decrease over time until a buyer makes the purchase or until it hits the floor price. 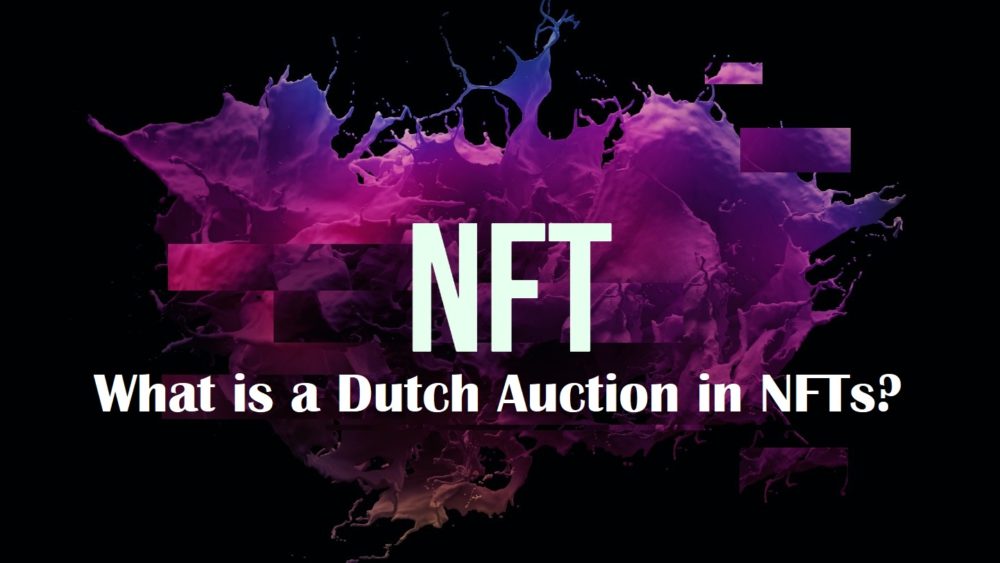 What does floor price mean?

How Does it Work?

Compared to the traditional auction, where competitors bid increasing amounts until no one else is willing to bid higher, in a dutch auction, the starting price of the NFTs for sale starts at a very high value, and the first bidder gets the NFT.

The developers pre-determine the condition around a dutch auction, such as the starting price, floor price, and duration. And usually, the currency that NFT projects are sold for is a type of crypto. But let me show you an example in dollars to help you better understand the concept.

Now imagine an NFT art being sold in a dutch auction with these conditions:

The auction price for each NFT starts at $1,000. After 20 minutes, the amount will decrease to $900 and will stay at that amount until someone bids for it. If another 20 minutes pass with still no bidder, the NFT price will again go down to $800. Their prices would continue to drop until it hits their floor price of $200. And the dutch auction will end after hitting its floor price or when all the NFTs are sold.

Pros and Cons of a Dutch Auction

Now that you know what a dutch auction is and how it works let’s dive into the pros and cons of this auction method. And given that dutch auction-based selling is new to the NFT space, it’s hard to determine whether it’s a good alternative compared to traditional auction methods.

We hope you found value in this article, and we’re here to deliver more information about cryptos, NFTs, and play-to-earn blockchain games. Be sure to check out some of our work to learn more!

How to Mint an NFT on OpenSea: Step by Step Beginner’s Guide

How to Sell an NFT on Opensea: Everything You Need to Know