The UK Gambling Commission recently announced the results of its Young People and Gambling Survey 2019. According to the survey, which was carried out by Ipsos MORI, among the UK’s children aged 11 to 16 inclusive, 11% had spent their own money on gambling in the previous seven days.

The Executive Director of the UK Gambling Commission, Tim Miller, had the following to say on the survey:

This report demonstrates that children and young people’s interaction with gambling or gambling behaviours comes from three sources – gambling that they are legally allowed to participate in, gambling on age-restricted products and gambling-style games. Any child or young person that experiences harm from these areas is a concern to us and we are absolutely committed to doing everything we can to protect them from gambling harms.

For the survey, a total of 2,943 UK children aged between 11 and 16 were asked if they’d spent their own money on gambling in the previous seven days. The responses showed that 11% had – this figure is lower than the result of the 2018 survey, which found that 14% of those aged 11-16 had gambled with money in the last seven days.

Those involved in the survey were also asked whether they’d gambled at all in the past 12 months. Just over a third (36%) responded that they had. Again, this is down from the 2018 result of 39%.

The survey also looked at the different types of gambling young people took part in. It found that:

Loot boxes are much more commonplace than in previous years, thanks to the prevalence of gaming apps. These boxes, when purchased using free in-game credit or real money, give the player an assortment of items. The problem is that some will keep on spending money until they get the item(s) they want – in other words, they’re gambling.

The Children’s Commissioner for England recently urged the government to do more to prevent children getting addicted to gambling through paying for loot boxes.

While the UK Gambling Commission is very much focused on protecting youngsters from gambling, there still remains a lot to be done. Of the various underage activities carried out by 11-16-year-olds, gambling is the second most common after drinking alcohol, which 16% admit to doing.

While the results of this year’s survey are heading in the right direction, the Gambling Commission will no doubt introduce new measures to drive those figures down even more.

Unwrapping the Rise in Underage Gambling in the UK 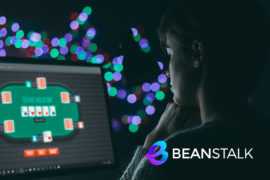 Toxic Industry? How Operators are Dealing with Gambling Addiction