What is CyBall? A Football-Themed NFT Blockchain Game

​Cyball is a futuristic football-themed, NFT-based game where users can collect and form a team of CyBlocs and face off against other teams online, or trade and mentor new CyBlocs within the CyBall's ecosystem

The metaverse of CyBall is inclusive and geared to all demographics while simultaneously serving as a bridge between players and blockchain technology. To build a multi-chain gaming environment, the game will start on the BNB Chain, with intentions to expand to Solana.

CyBall is a future football-themed NFT blockchain game. The CyBall game engine blends aspects of strategy, simulation, and chance to create a thrilling and competitive turn-based football card game in which players fight to score the most goals. Players build up their CyBlocs to participate in various game types with variable prizes. It hopes to provide players more options to use their earned goodies in future expansions, both in CyBall and throughout the CyBloc world.

In CyBall, CyBlocs are the main NFT characters. In this game, users assemble a CyBloc squad, compete against other teams online, or exchange and coach new CyBlocs inside the CyBall ecosystem. 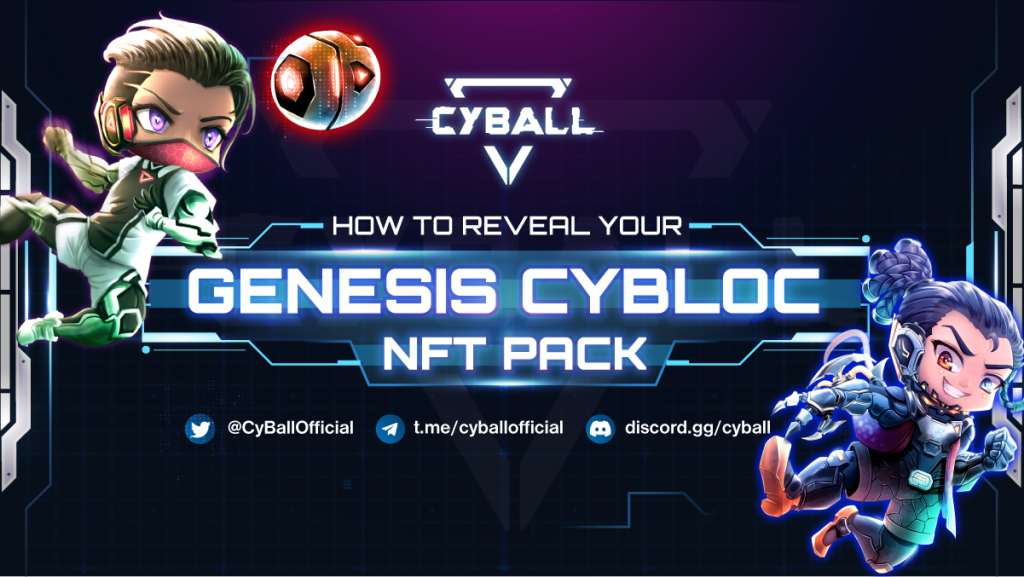 Each CyBloc has traits that pass down to progeny Cybloc. The more traits a CyBloc has, the more likely it is to win more games. Common, uncommon, and ultra-rare are the three categories of features.

In addition, every CyBloc has skills that improve once it has accumulated 100 experience points. Tackling, Passing, Dribbling, Crossing, Shooting, and Physical are the six football talents.

You gather, train, mentor, and level up CyBlocs, which are cyborg NFTs in the game. You form a three-person CyBloc team and compete in various games. There are several game moves to choose from. You may take part in exhibition matches, competitions, and much more.

Decentralized autonomous users (DAUs) in the game require at least three CyBlocs to compete against other gamers on a soccer-like battleground. When users win matches, they receive awards and experience.

Users can play informally with other users in Exhibitions or join matches in Leagues and Tournaments for PVP gameplay.

There are two tokens in the game, in addition to the CyBloc NFTs:

In addition, these tokens may be purchased using the built-in CyDex. There is currently no practical way for trading either of the listed tokens. However, the NFTs (The CyBlocs) can be traded on the marketplace. The built-in marketplace buys and sells CyBlocs with BUSD (Binance USD) and BNB. As a result, the whole economy and earning potential are dependent on learning new skills and gaining additional CyBlocs to trade them in the marketplace.

What is MarathonZ? An Upcoming NFT Game Set to Release in 2022