Inside China’s Efforts to Curb the Growing Philippines’ Gambling Sector

China has had its hand in pretty much everything these days. And why wouldn’t it?

The economy is booming, its influence is rising, and entrepreneurs from the country are heralded all over the world as visionaries.

This appetite to dominate everything has led to several attempts by entrepreneurs to expand beyond the country’s borders as well. While the government is generally for growth and economic inclusion, there are sectors Beijing doesn’t necessarily support. So, business owners leave the country with wads of cash and set up somewhere else.

Gambling is Outlawed in China

The latest in these strings of out-of-country business ventures is in the gambling space.

Still, this hasn’t stopped Chinese residents from soaking in the gambling aura. Again, thanks to their strong economy and higher disposable income, the Chinese have even more of an incentive to wager thousands on thousands.

China wants the Philippines to stop all forms of online gambling, saying it causes an illegal outflow of money https://t.co/JddsGKR9uu

Back in 2004, Wang Zengxian, a researcher at the Peking University, revealed that 600 billion Yuan (around $85 billion) was flowing out of the country annually in losses to foreign casinos.

Also, Macau, a special administrative region of China where casinos are legal, tool in $33 billion in gross gaming revenue in 2017. Nearly all of that money came from gamblers in Mainland China. But, Chinese players are now turning to a new destination for their betting needs. 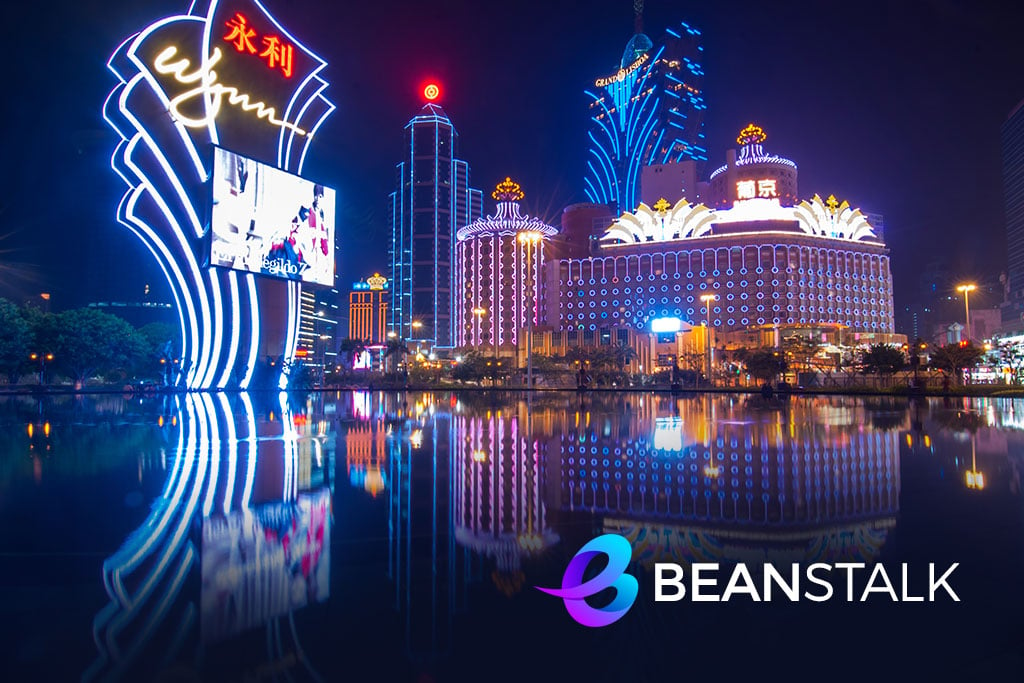 The Philippines: a Rising Destination for Chinese Gamblers

The Philippines has emerged as a top destination for gamblers from Mainland China. The country’s President Rodrigo Duterte has provided its gaming industry the leeway to attract big bucks from China.

According to a December 2018 report published by the South China Morning Post, the Philippines are using innovating means to lure Chinese gamblers into their casinos. Besides having the presence of strong infrastructures that attract wealthy tourists from China, the Southeast Asian riparian state is also closer to Beijing, which makes it easier for Chinese investors to provide capital for their emerging gambling sector.

Flushed with cash, these operators can hire Chinese workers en masse, and offer higher wages than the national average at home, better working conditions, and a job that doesn’t require your knowledge of the English language.

In an interview with the news medium, Jeffrey Suck, the Digital Marketing Supervisor at Oriental Games (one of the licensed gaming operators in the country), said:

So far, it has worked. Chinese gamblers are moving to Manila to engage in their favorite activity, while an estimated 100,000 people have moved from China to the Philippines to work as digital marketing agents, engineers, and tech support specialists for gambling companies. This year alone, over 1 million Chinese tourists have visited the Philippines, and the gambling revenues are growing.

As for the government, the supposed ‘gamble’ is paying off. Duterte came into power back in 2016 with an explicit promise to stop online gambling. However, at the end of 2016, he had a rethink.

Online gambling in the Philippines brings in more than $11 billion a year, but it is unclear who is pulling the industry's strings.https://t.co/qpiePOcw3M

Total gambling revenues in the Philippines are expected to cross the $11 billion this year. In terms of taxes, annual licensing fees for gambling companies in the country stood at $140 million in 2018; more than 11 times what they were in 2016. In addition to that, those fees are now the third-largest sources of revenue to the Filipino government, only behind customs and taxes.

Whether online or traditional, gambling in the Philippines is booming seriously. The country is the third-most lucrative gambling destination in Asia, just behind Singapore and Macau.

Another reason why there’s so much Chinese interest in the market could be linked to a variety of offerings. The Philippines’ gambling sector is a betting paradise. Proxy gambling, a fork of gambling where people are able to make bets from various locations to protect their identities, is banned across the world because very little is usually known about the gamblers.

Not in the Philippines. Proxy betting is welcome here, effectively showing the lengths to which the country will go for that money.

Hainan Province is a Threat to the Industry

Up till now, it doesn’t particularly look like anything will change. China’s economy hasn’t slowed much since its trade war with the US started, and it probably won’t be looking at gambling and casinos as a way to revitalize it, if it does. As its citizens continue to get richer and are more comfortable, they had more of an incentive to gamble.

The Philippines, on the other hand, will continue to fight for these gamblers whose home government has outlawed the activity. With a government that will do pretty much anything for the capital inflows and revenues to keep coming in, gambling is set to explode in the Philippines.

If Beijing suddenly wants the status quo to change, then sports betting must be legal. There are reports that Beijing could legalize betting in Hainan Province.

This signifies a major shift in gambling legislation, and it comes on the heels of news that the southern Chinese island is choked with a fiscal deficit with some of its largest companies grappling with spiraling debt.

If the Chinese government does enact favorable betting laws, such a move will be devastating for Macau and other destinations like the Philippines that depend on Chinese funds for the growth of their operators.