Azuki Beanz: What You Should Know About This NFT Collection

Azuki's first NFT collection was a huge success. Will it be the same story for Azuki Beanz, the latest collection of NFTs? Read on! 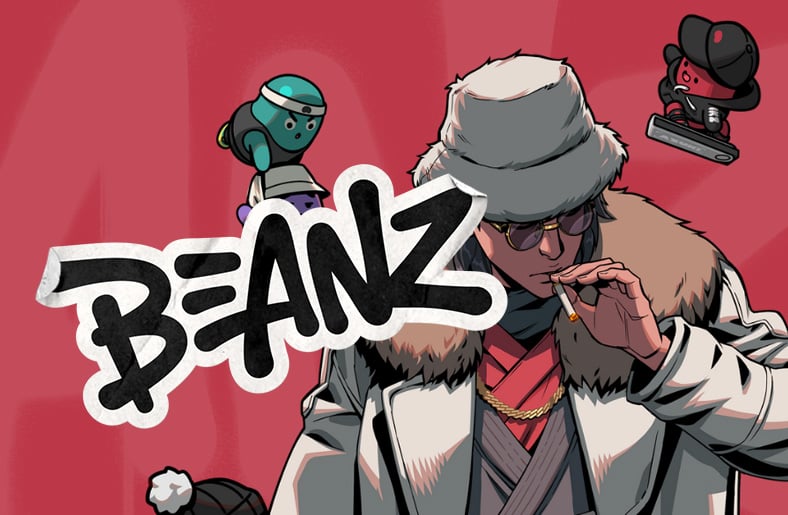 The Beanz NFT collection is the second NFT collection from the popular developer known as Azuki. After teasing its launch for over a month, Azuki finally dropped Beanz this week. The reception has been impressive so far, suggesting that the Beanz collection might continue Azuki’s red-hot streak.

Azuki has promised holders of this collection a lot of benefits. Also, judging from the initial reception, many believe that the Beanz collection just might be one of the bestsellers of 2022. Below, we’ll examine everything there is to know about Beanz and what makes the NFT collection so interesting.

Beanz is the latest collection of NFTs from Azuki – a digital art brand based in Los Angeles. The company became wildly popular in 2021 after releasing a batch of successful NFTs that intrigued fans.

Azuki’s first NFT collection – called Azuki NFTs – was a huge success. The anime-styled tokens have recorded almost $650 million in sales volumes, according to data from CryptoSlam. Looking to capitalise on this, Azuki began teasing Beanz in April 2022.

On April 1, the Azuki team shocked their community members by airdropping NFTs to them at the Azuki Garden Party. While many believed it was an April Fools’ joke, they refreshed their metadata to find NFTs in the shape of a pile of dirt.

Days later, the Azuki team officially announced the Beanz collection. The NFTs in this collection were designed to be “sidekicks,” with holders being able to pair them with the Azuki NFTs to make the perfect NFT squad.

Of course, this doesn’t necessarily mean an investor will need to own an Azuki NFT to own one Beanz NFT. The Beanz are just as capable of forming a healthy part of your portfolio as the original Azukis.

How Many Azuki Are Available For Purchase

According to research, there are 19,944 NFTs in the Beanz collection from Azuki.

There are two types of Beanz in this collection. First is Toshi – the red Beanz, which is known to be very rebellious. Toshi wanders the garden and is described as being ready to “bite” if the situation calls for it.

Then, there’s Gus. The blue Beanz is Gus, also known as Les. These tokens are known for irritating their Azuki partners, and they’re just as good as the Toshis when it comes to getting into mischief.

Presently, Azuki is pushing their Discord community as the biggest perk of getting one of the Beanz NFTs. Beanz holders will gain access to a holders-only Discord community, as well as merchandise and future collectible drops.

There is no mention yet of a metaverse project from Azuki. However, given their success, it won’t be surprising to see them mention one in the near future.

Where to Buy Azuki

Think the Azuki Beanz will be the next hot commodity in the NFT space?Well, let’s see how to buy them.

The Azuki Beanz are available on OpenSea and LooksRare – two of the biggest NFT marketplaces in the world.

Despite only launching a few weeks ago, the Beanz collection is already doing impressive numbers. Data on its OpenSea page shows that the collection already has 7,200 owners with a floor price of 3.59 ETH. 48,900 ETH in volumes has also been traded already, making the Beanz collection one of the bestsellers last week.

Volumes on LooksRare are a bit lower, with just 8,499 ETH in trades available.

Conclusion: What’s the Next Step For Azuki

Riding on the hype of the original Azuki NFTs, it’s easy to see why the Beanz collection has been off to a blistering start. These tokens are aesthetically pleasing,and holders even get the opportunity to choose between two types.

Whether you already own an Azuki NFT or not, you should consider adding a Beanz to yours. This collection definitely has what it takes to be one of the most popular in 2022.

Everything You Need To Know About Doodles NFT